Tribute to Baroness O’Cathain, former officer of the APPG on Smoking and Health by Lord Faulkner of Worcester, Vice-Chair of the APPG

The death of Baroness (Detta) O’Cathain at the age of 83 removes from public life and Parliament one of the tobacco industry’s most effective and articulate opponents. Detta made several powerful interventions on tobacco control legislation over the past 20 years, and it was a pleasure always to have her on our side as we battled to work towards a smoke-free country.

She was particularly concerned about the protection of children and on 6 May 2009 described proposals on the prohibition of point-of-sale displays for cigarettes as “a golden opportunity to improve the nation’s health in a spectacular way, by preventing ill health through reducing the impact of tobacco marketing on young people.

“Not even tobacco firms now deny that smoking causes cancer, heart disease, strokes and a host of other conditions. However, let us not forget that for decades they spent millions on producing such denials; and that while so doing, they suppressed scientific and medical evidence. Prevention is better than cure; and the proposal to put tobacco out of sight will help to prevent our children and young people from taking up smoking, from becoming unwittingly addicted and from putting themselves at greater risk in later life of ill health and premature death.”

For many years Detta had been an officer of the All-Party Parliamentary Group on Smoking and Health, and I fondly remember the visit which group members made to Dublin in 2004 to learn about the tobacco control measures taken by the Irish government. Detta had been born in Cork and was enormously impressed – as we all were – by how our Irish counterparts were ahead of us in this vital public health measure. The Health and Children Minister was Micheál Martin, who is now the Taoiseach. 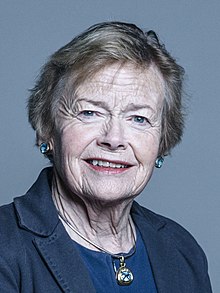